Hotspot: Whitby – Where to Visit

If you’re staying in a holiday cottage in the North Yorkshire moors and coast, no doubt Whitby will be on your list to visit.

The town, which overlooks the North Sea and is split in two by the River Esk, has a rich history of folklore and fishing, which makes it one of the region’s top tourist spots.

So, if you’re heading to this stunning part of the world, where should you visit? 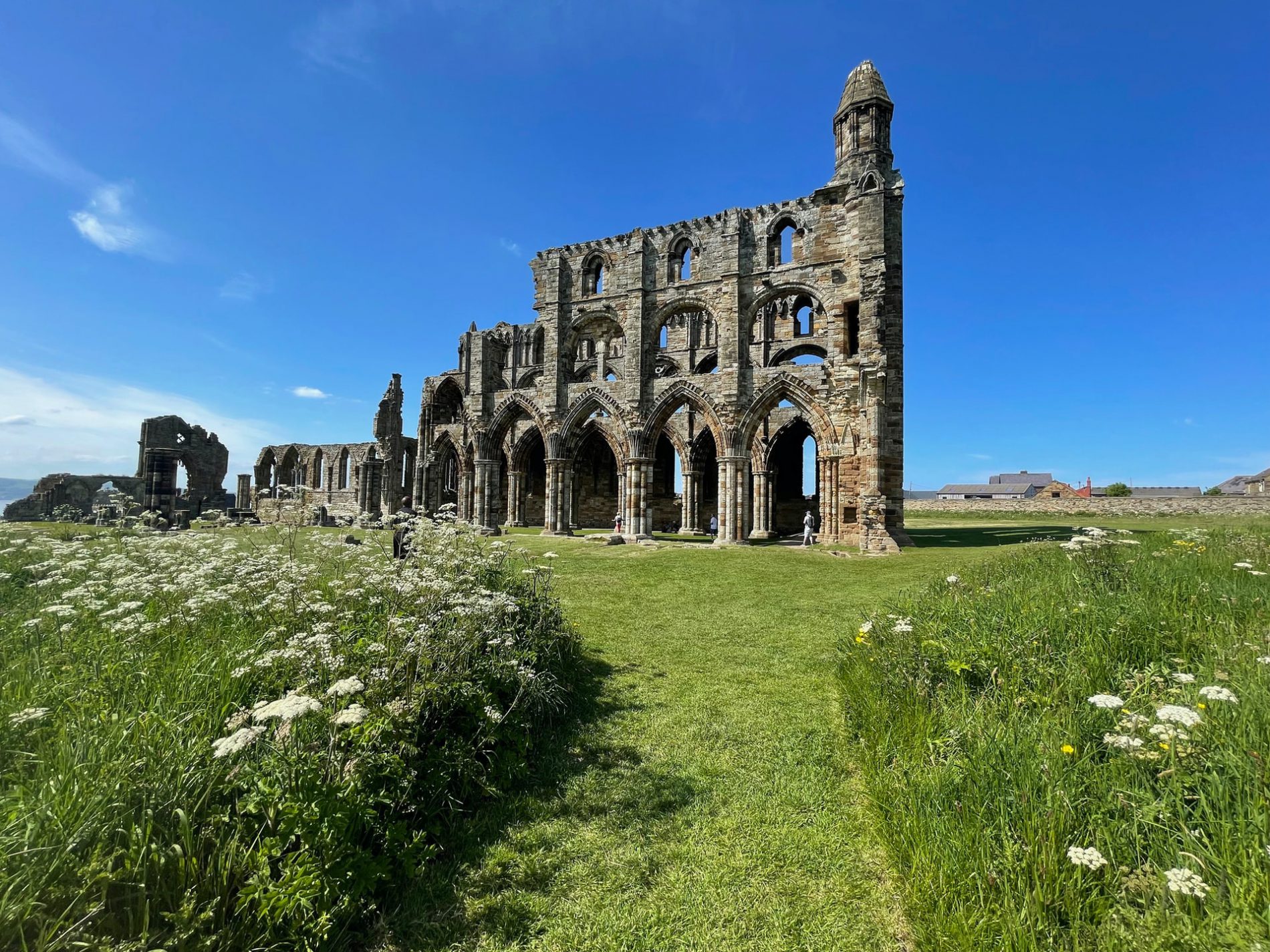 Whitby Abbey guards the town from its position high above, having stood on the same spot since the 13th Century. The gothic ruins are the perfect backdrop for a town long associated with the dark side, although it has a fascinating history in its own right.

It was first founded in around AD 657 by King Oswy of Northumbria, refounded after the Norman Conquest and it remained a centre of religious life until it was suppressed by Henry VIII in 1539.

Only the shell remains, although this makes it a huge draw for inquisitive children, and it is accompanied by an impressive visitor centre, housed in a 17th-century mansion. Here visitors will find a new museum filled with fascinating objects such as Anglo-Saxon crosses, medieval manuscripts and a rare signed copy of Bram Stoker’s novel Dracula. 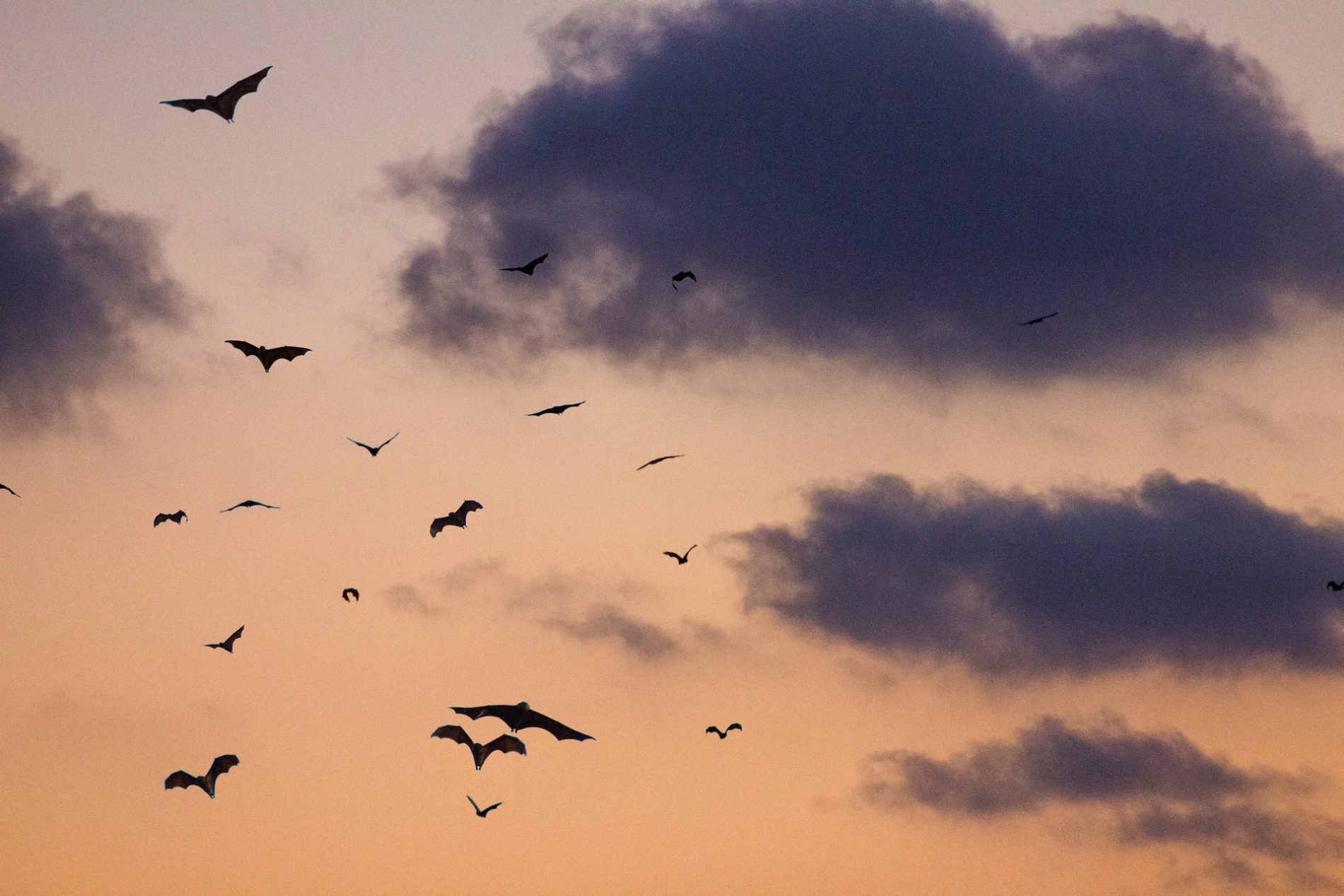 Whitby is most famously associated with Dracula, the eponymous anti-hero of Bram Stoker’s classic gothic novel.

The story goes that Stoker was inspired to create the character after staying in the town in 1890, where he found a history book in the library. His notes from that visit to the library contain the only reference to Dracula, as a historical figure, in all of his papers.

In the novel, Dracula is shipwrecked off the North Yorkshire coast, before coming to the town and wreaking havoc in the guise of a large black dog.

In fact, the legend of Dracula is so indelibly linked with the town that visitors have been known to ask where he is buried… 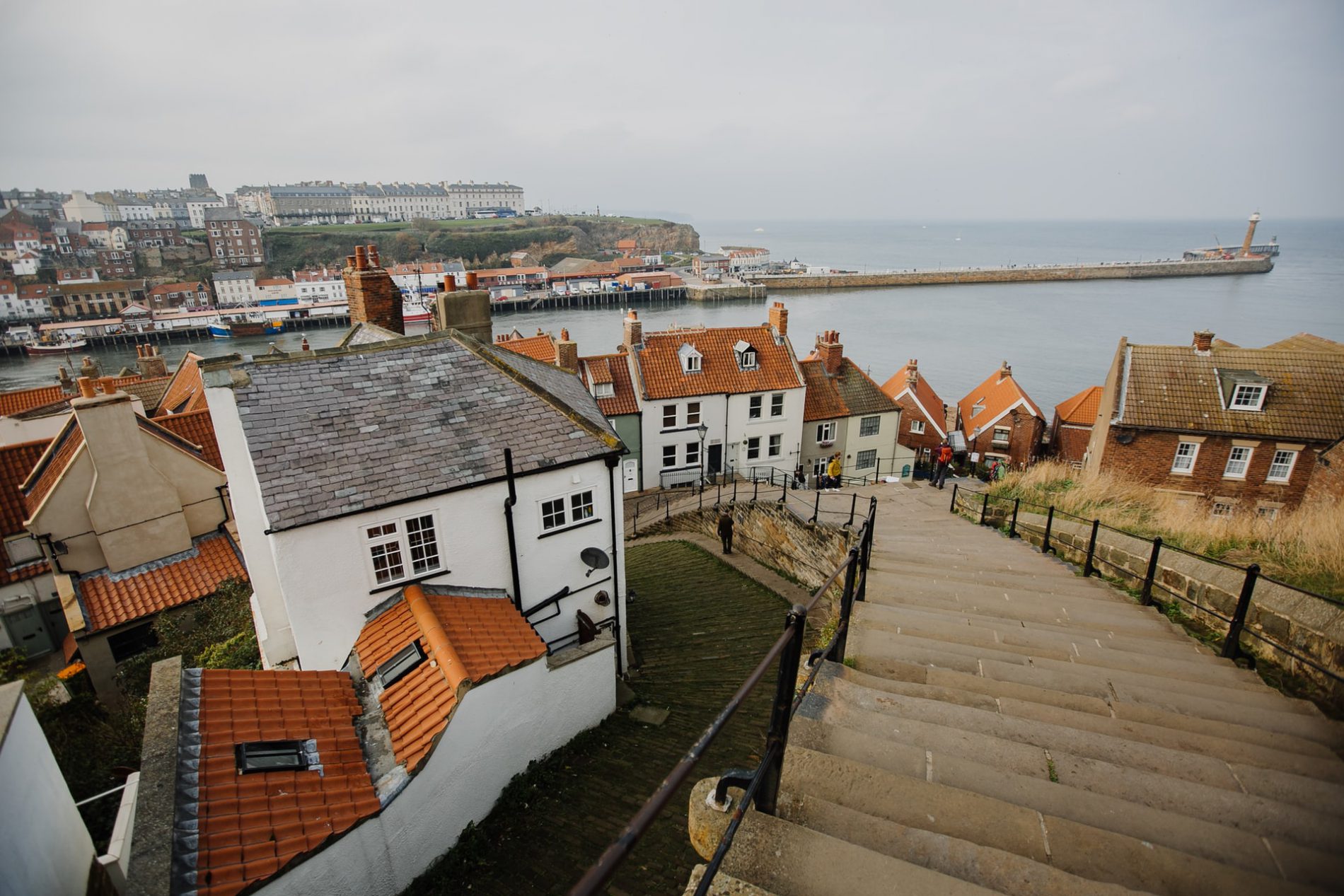 Continuing the Dracula theme, when he first lands in Whitby he makes his way to the abbey via the 199 steps leading up from the town.

The series of stone steps, however, predates Dracula by quite some time; the first record of them comes from 1340, but it is thought they may be even older. The original steps were made from wood, before being replaced with stone in 1774.

Legend has it that the 199 steps were originally used as a test of Christian faith to those who wished to worship in St Mary’s Church, although nowadays they’re best known for the spectacular views they offer over the town.

The benches thoughtfully placed at intervals along the route also originally had a different use: a place for pallbearers to rest their loads on their way up to the abbey for burials.

Another fascinating piece of the town’s history is the whalebone arch, a replica of which stands near Whitby harbour.

The original arch was erected in around 1853 to recognise the town’s important whaling history, and is now in the Whitby Archives & Heritage Centre.

A replica now stands in its spot, perfectly framing a view of the town’s quaint old cottages and cobbled streets, with the ruins of the abbey in the background.

To take a trip back in time to Whitby’s history as a major port, among other things, visitors mustn’t miss Whitby Museum, in Pannet Park.

The museum features tales and artefacts about all of the town’s treasures, allowing tourists access to a stunning collection of local fossils, natural history, model ships, carved jet (the town is famous for this stone, which is taken directly from the surrounding cliffs), costumes and social history.

History fans should also head for the Captain Cook Memorial Museum, in Grape Lane, which gives a fascinating insight into the explorer’s life.

The Cleveland-born explorer began his training as a seaman in Whitby, joining the crew of the Freelove at the age of 19.

The museum is housed in the home where Cook stayed with the Walker family when not at sea, and guests can turn back the clock to see what life was like for the young explorer.

Whitby has something for everyone, from history to horror, fresh air to fish and chips, making it well worth a visit.

If you’d like to get to know the town (and maybe attempt the 199 steps yourself) check out our extensive range of holiday cottages in North Yorkshire here. 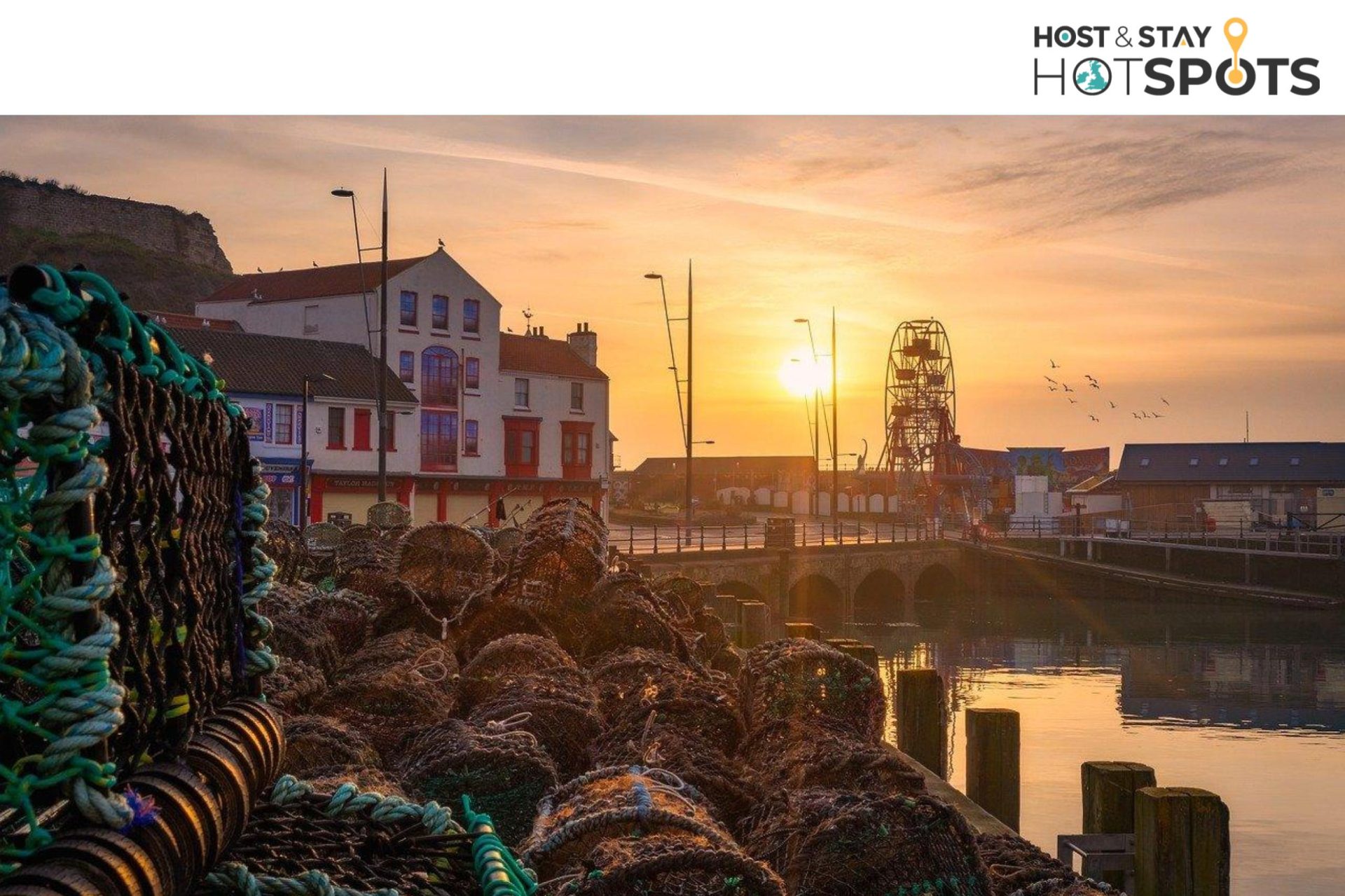 Scarborough is a delightful coastal town in North Yorkshire, with plenty of charm and authentic seaside experiences including great eateries. 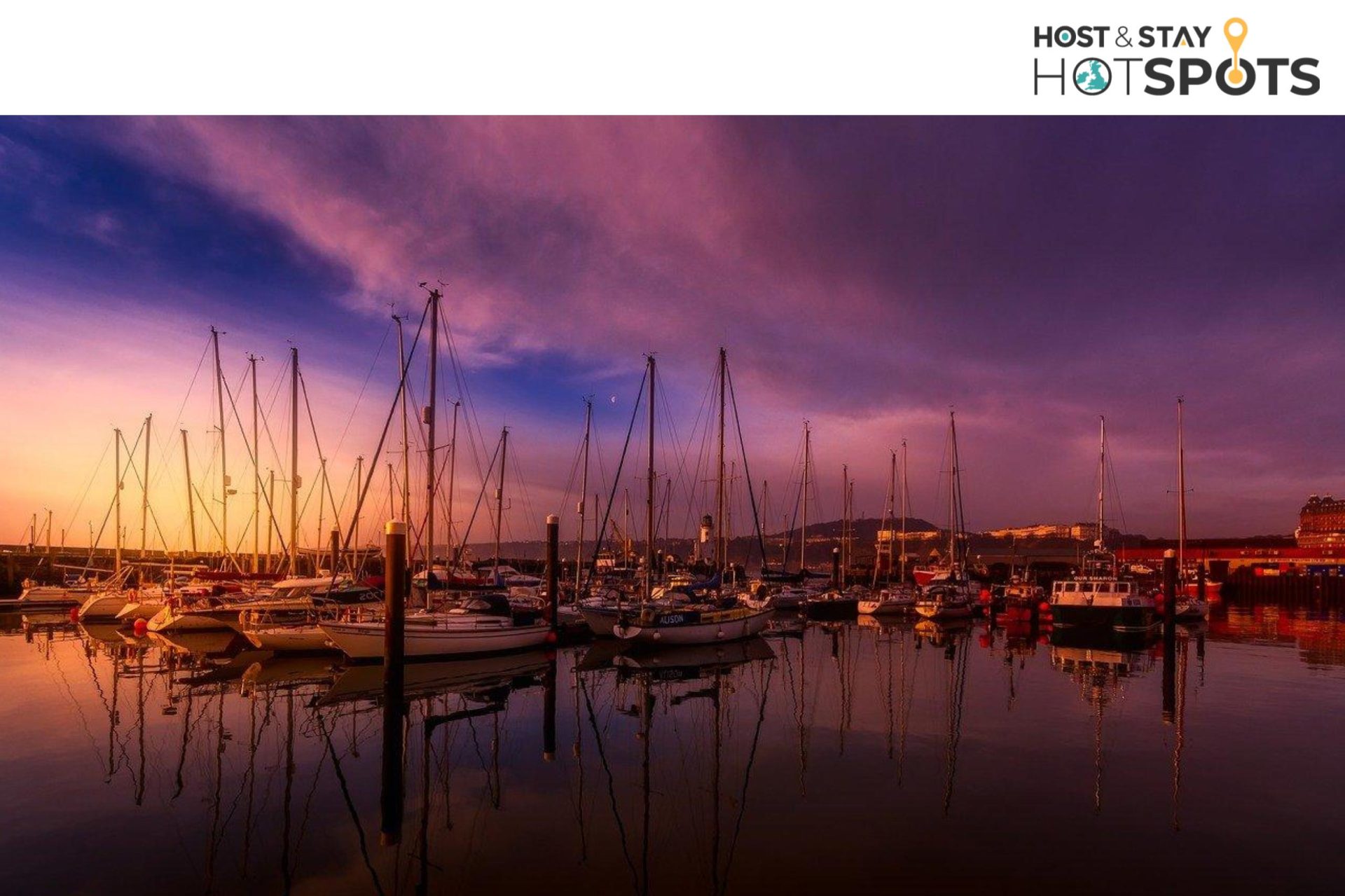 Scarborough is a delightful coastal town in North Yorkshire, with plenty of charm and offering an authentic seaside experience to explore! 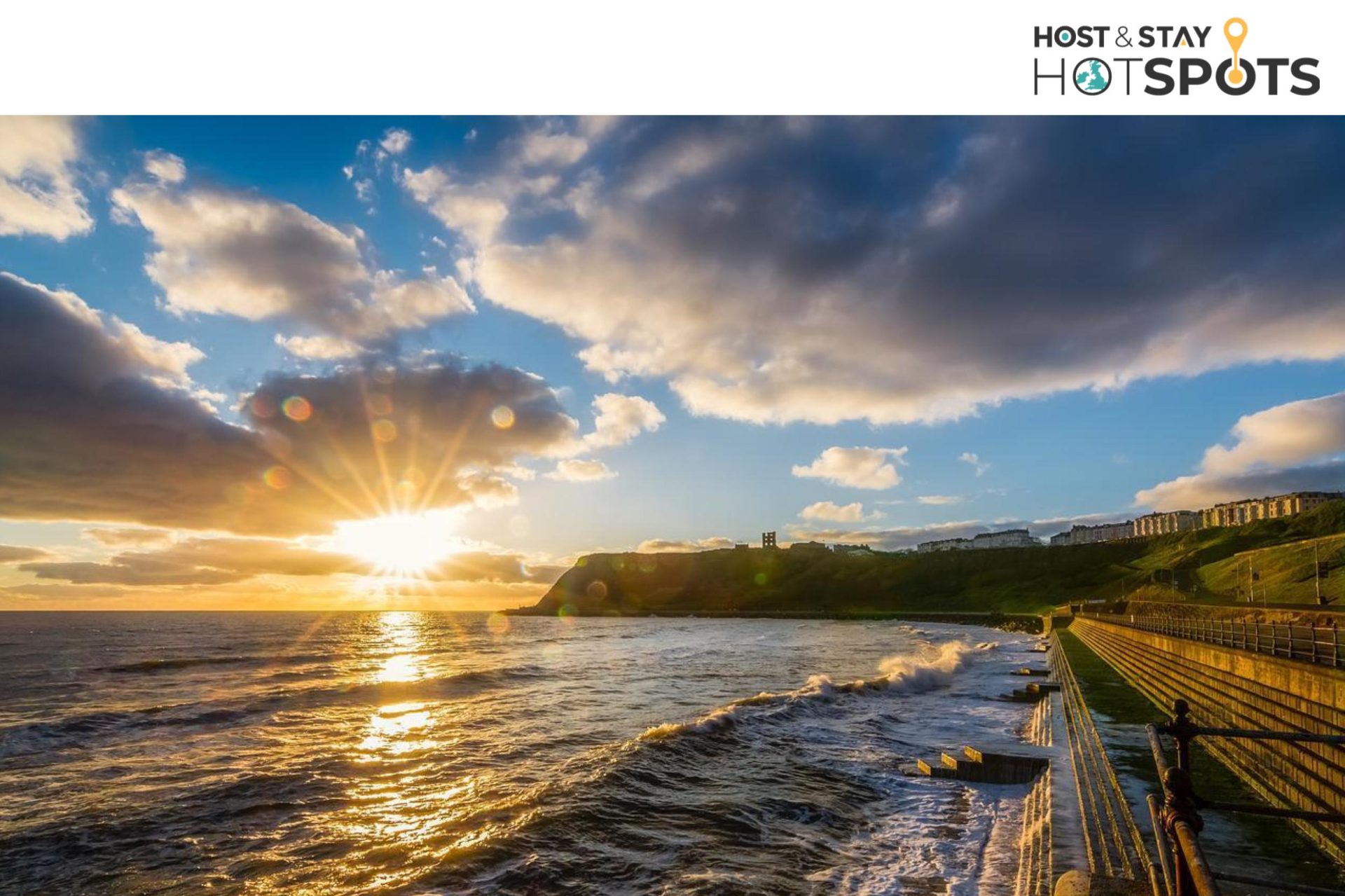 Scarborough is a delightful coastal town in Yorkshire, with plenty of charm and offering an authentic seaside experience.

Hotspot: Saltburn – Where to Have Fun

Saltburn-by-the-Sea is a delightful coastal town in Yorkshire, with plenty of Victorian charm and offering an authentic seaside experience.

Hotspot – Saltburn Where to Walk

If you’re taking a short break, walking is the ideal way to get around, as you see so much more of the place you’re visiting. And if you’re renting a holiday let in Saltburn, on the North Yorkshire coast, you’ll be spoilt for choice.

Get updates and inspiration straight to your inbox